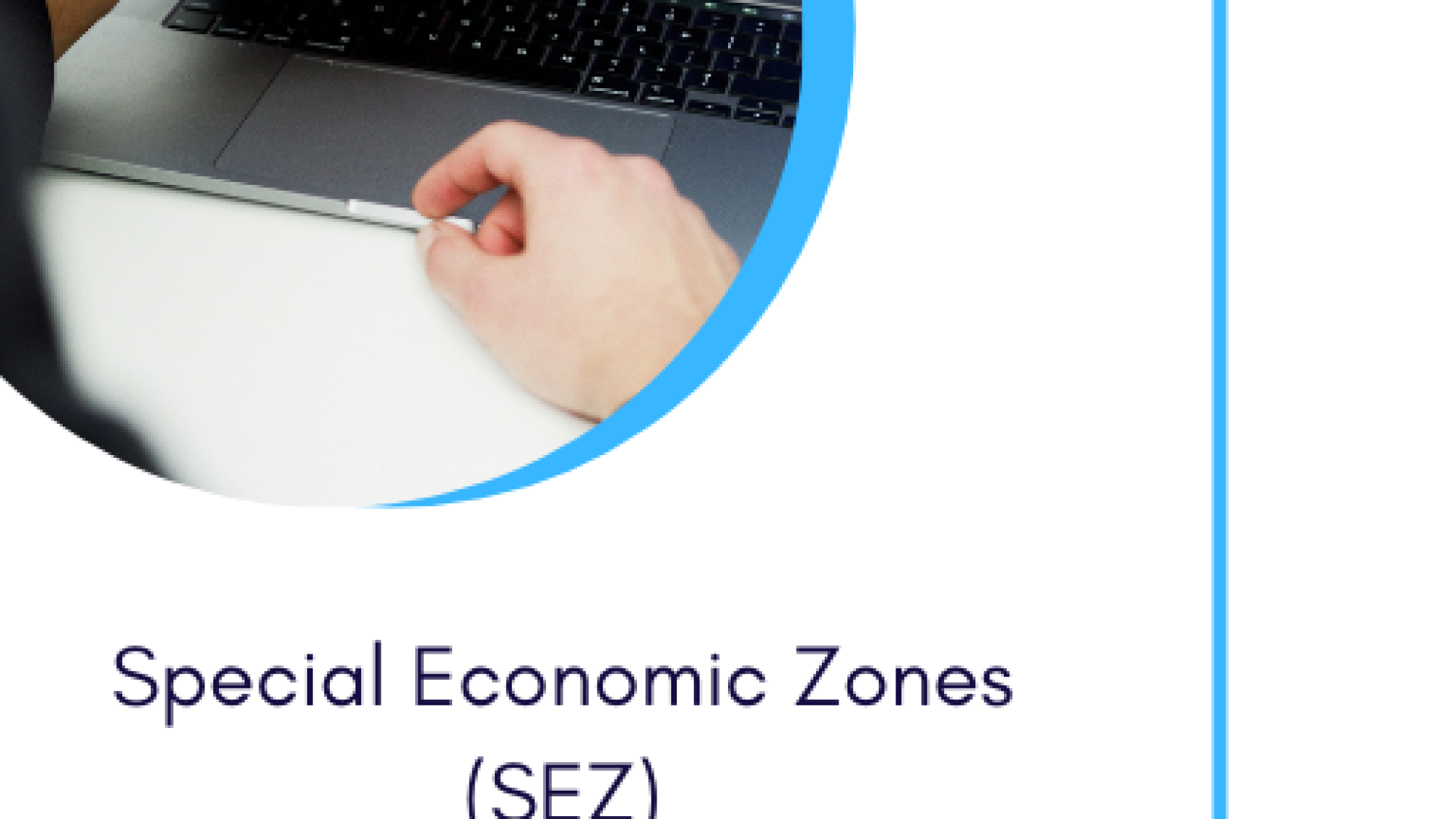 The Government of India had announced a SEZ scheme in April, 2000 with a view to provide an internationally competitive environment for exports. The objectives of SEZs include making available goods and services free of taxes and duties supported by integrated infrastructure for export production, expeditious and single window approval mechanism and a package of incentives to attract foreign and domestic investments for promoting export-led growth.

Under the act, SEZ could be set up either jointly or severally by the Central Government, State Government, or any person (including a private or public limited company, partnership or proprietorship).

The incentives and facilities offered to the units in SEZs:

The Software Technology Park (STP) Scheme is a 100 percent Export Oriented Scheme for the development and export of computer software, including export of professional services using communication links or physical media This scheme is unique in its nature as it focuses on one product / sector, i.e. computer software. The scheme integrates the government concept of 100 percent Export Oriented Units (EOU) and Export Processing Zones (EPZ) and the concept of Science Parks / Technology Parks, as operating elsewhere in the world

Special schemes are available for setting up Export Oriented Units for the Electronics Hardware Sector. Various incentives and concessions are avail

The EOU scheme was introduced in the year 1980 vide Ministry of Commerce resolution dated 31st December 1980. The purpose of the scheme was basically to boost exports by creating additional production capacity, earn Foreign Exchange to the country, transfer of latest technology, stimulate direct investment and to generate additional employment.

The Export Oriented Unit (EOU) Scheme, remains in the forefront of country’s export production schemes. The scheme has witnessed many changes over the last twenty-nine years in the context of ever changing economic realities. However, the basic premise remains the same. This premise is that the exporters are treated as a special class and given the required tariff, non-tariff and policy support to facilitate their export efforts. Thus, today the EOU Scheme has emerged as a dynamic policy initiative facilitating the exporting community in the task of increased exports.