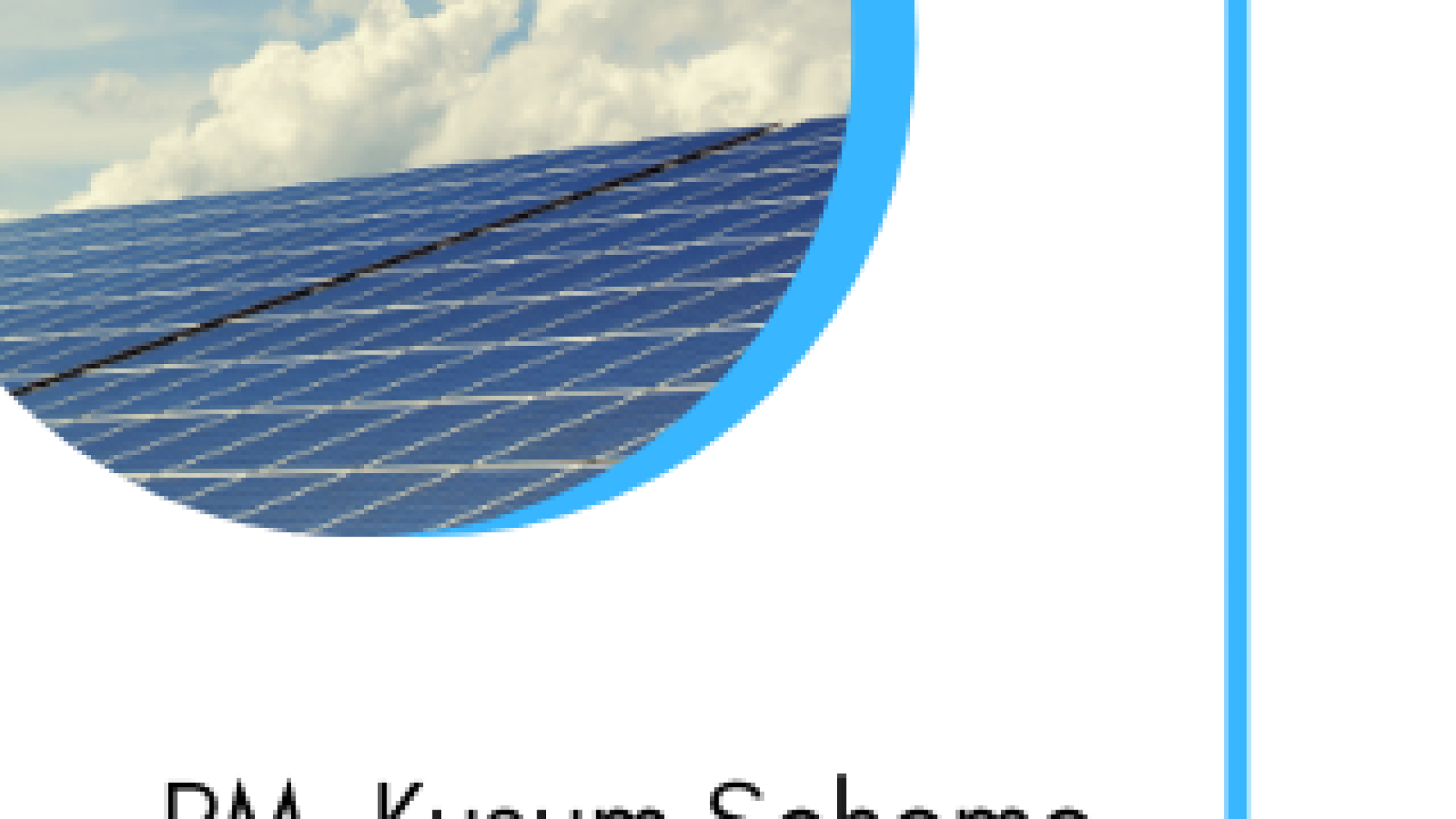 The PM–KUSUM scheme was launch by the Ministry of New and Renewable Energy (MNRE) to support installation of off-grid solar pumps in rural areas and reduce dependence on grid, in grid-connected areas. … PM kusum Scheme subsidy for solar pump

It entails setting up of 25,750 MW solar capacity by 2022 with a total central financial support of Rs 34,422 crore. PM kusum scheme subsidy for solar pump

by Government of India to increase the income of farmers and provide source for irrigation and de-dieselize the farm sector.

PM-Kusum Yojana got its administrative approval in March 2019 and guidelines were frame in July 2019. This scheme was launche by the Ministry of New and Renewable Energy (MNRE) for the installation of solar pumps and other renewable power plants across the nation. This scheme is divide into three components which are discussed further.

Under PM Kusum Yojana, farmers, group of farmers, panchayat, co-operative societies can apply to plant a solar pump. The total cost involved in this scheme is divid into three categories in which the Government will help farmers.

Government will provide a subsidy of 60% to farmers and 30% of the cost will given by Government in form of loans. Farmers will only have to give 10% of the total cost of the project. The electricity generat from the solar panel can be sold by the farmers. The money gained after selling electricity can further used for starting a new business.

For buying the power from farmers or developers, Procurement Based Incentive (PBI) @ 40 paise/kWh or Rs. 6.60 lakh/MW/year, whichever is less, will be provided for the first 5 years by MNRE to Distribution Companies of India (DISCOMs).

Funds up to 40% of the applicable CFA for the sanctioned quantity would released as advance to the implementing agency only after placement of letter of award(s) to the selected vendors.

The implementing agencies may pass on this fund to the selected vendors in different stages on achievement of various milestones as per terms and conditions of letter of award(s).

Second installment up to 30% of the applicable CFA would release on submission of UCs and SoE for the first release.

The balance eligible CFA along with applicable service charges would released on acceptance of the Project Completion Report in the prescribed format, Utilization Certificates as per GFR and other related documents by the Ministry.