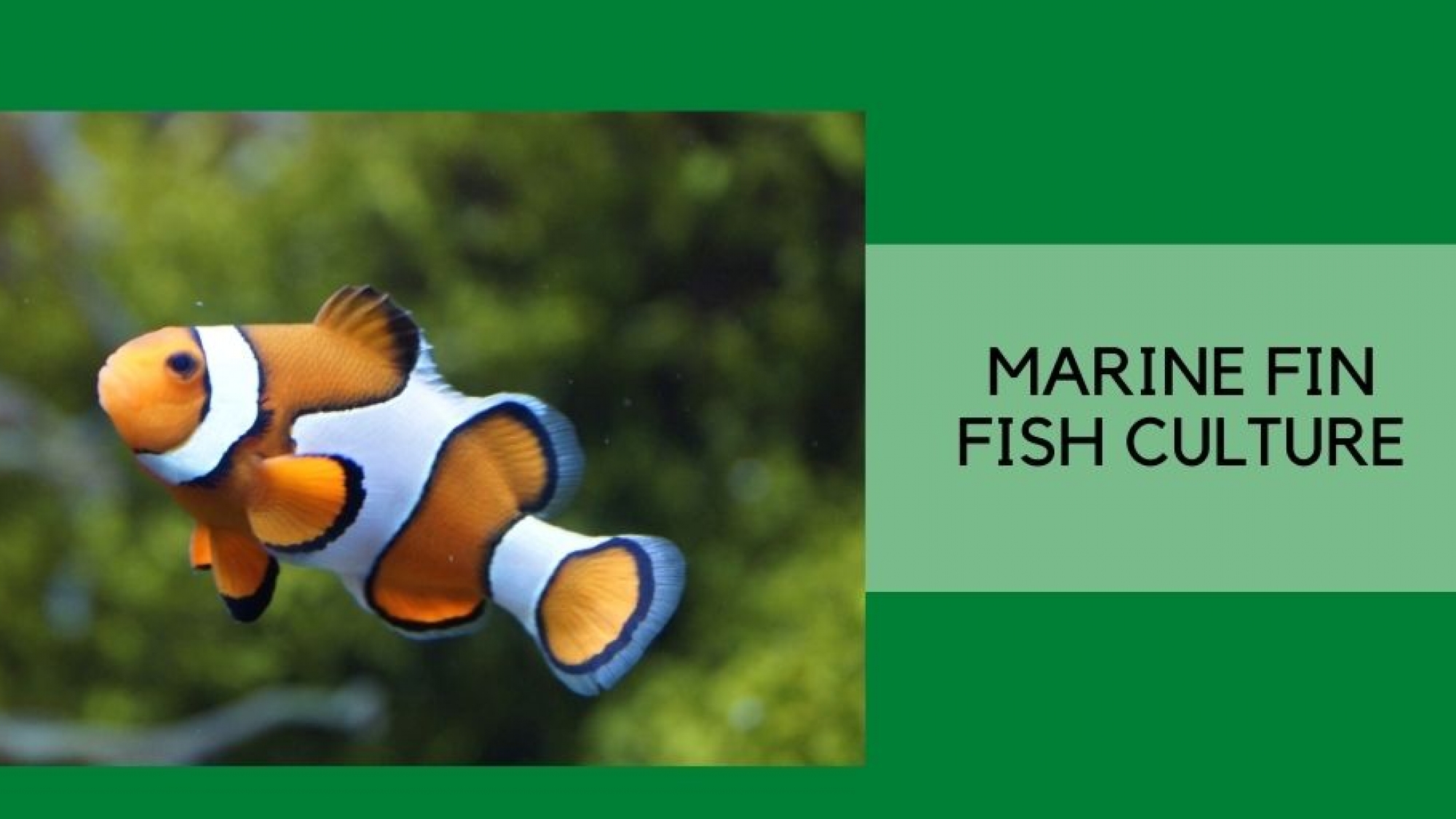 Marine fin fish culture is one of the fastest growing sub-sectors of aquaculture in the world. In contrast to the global scenario, Indian marine fin fish culture is rapidly emerging out from its infant stage. The geographic territory of India is bestowed with a vast coastline of 8,118 km with an Exclusive Economic Zone (EEZ) of 2.02 million km2. The marine fisheries sector is dominated by the socio-economically backward artisanal and small scale fishers whose lives are closely intertwined with the ocean and sea. Sea fishing is a risky occupation and causes reduction of natural resources. Marine fin fish culture has been increasingly resorted as means of enhancing the fishery resources, replenishing natural stocks whose populations have declined through over-exploitation or environmental degradation. It also maximizes the productivity of water body in an open bay/ coastal lagoon / brackish water pond

Sea cage farming is viewed as a major option for increasing the seafood production and expanding rapidly in recent years at global level. Sea cage culture involves growing fish in the sea in the enclosed net cage which allows free flow of water. It is a production system comprising of a floating frame of varying dimensions and shape, net materials and mooring system, to hold and culture a large number of fish. Cage culture can be undertaken in 4 open seas, sheltered bays or lagoons having suitable water quality and with prior permission from concerned government authorities.

A. Capital Cost break up

B. Operational Cost (Rs. In lakhs)