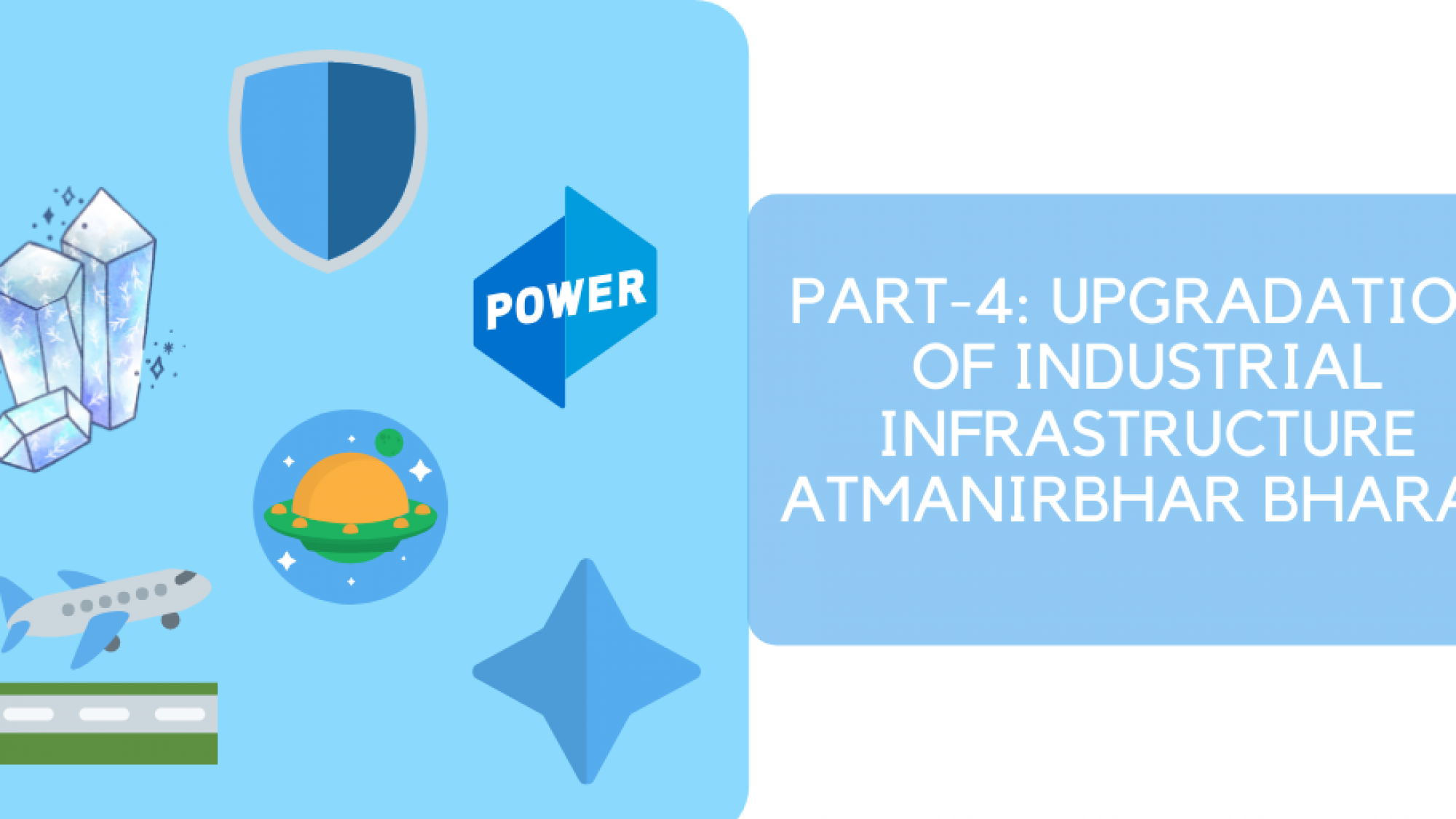 • Ranking of States on Investment Attractiveness to compete for new investments

• Incentive schemes for Promotion of New Champion Sectors will be launched in sectors such as Solar PV manufacturing; Advanced cell battery storage; etc.

Scheme will be implemented in States through Challenge mode for Industrial Cluster Upgradation of common infrastructure facilities and connectivity.

Need to reduce import of substitutable coal and increase Selfreliance in coal production. Government will introduce competition, transparency and private sector participation in the Coal Sector through :

• Revenue sharing mechanism instead of regime of fixed Rupee/tonne

• Earlier, only captive consumers with end-use ownership could bid.

• Now, any party can bid for a coal block and sell in the open market.

• Entry norms will be liberalized • Nearly 50 blocks to be offered immediately.

• No eligibility conditions, only upfront payment with a ceiling.

• Against earlier provision of auction of fully explored coal blocks, now even partially explored blocks to be auctioned.

• Coal Gasification / Liquefication will be incentivised through rebate in revenue share.

• Will assist India in switching to a gas-based economy

• Includes Rs 18,000 cr worth of investment in mechanized transfer of coal (conveyor belts) from mines to railway sidings.

Enhancing Self Reliance in Defence Production

• ‘Make in India’ for Self-Reliance in Defence Production:

• Notify a list of weapons/platforms for ban on import with year wise timelines;

• Improve autonomy, accountability and efficiency in Ordnance Supplies by Corporatisation of Ordnance Factory Board.

• Time-bound defence procurement process and faster decision making will be ushered in by :

• Setting up of a Project Management Unit (PMU) to support contract management;

India to become a global hub for Aircraft Maintenance, Repair and Overhaul (MRO)

Tax regime for MRO ecosystem has been rationalized.

• Major engine manufacturers in the world would set up engine repair facilities in India in the coming year.

• Convergence between defence sector and the civil MROs will be established to create economies of scale.

• Maintenance cost for airlines will come down.