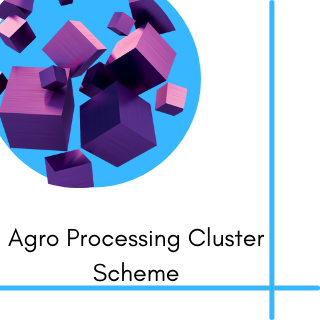 The scheme aims at development of modern infrastructure to encourage entrepreneurs to set up food processing units based on cluster approach.

The scheme is to implemente in area of horticulture / agriculture production identified through a mapping exercise.

Components of the Scheme:

It will include site development including development of industrial plots, boundary wall, roads, drainage, water supply,

The common facilities will based on the needs of the units which will set up in these clusters.

Union Territories of Lakshadweep and Andaman & Incobar Islands subject to max. of Rs. 10.00 crore per project

Get 30% off your first purchase

Got it!
X
/* write your JavaScript code here */